During one recent argument with my daughter I noticed one very curious thing.

We were enjoying a day of hiking and socializing with some dear friends and while we were walking downhill to our car, conversing and laughing, she asked if we are going to go with friends to their home and stay there for a few hours more. As we have already spent whole day together, climbed a mountain, ate lunch and descended and were pretty tired I said "No, we’re all going to go home and rest a bit and savor that lovely day." to what she got angry and frustrated and started to cry. Faced with that reaction I said that it makes no sense to growl and cry when she now has whole day of wonderful experiences to enjoy and remember (hiking and lunch with friends) as opposed to crying over something that will never even happen (going to friends’ place).

She is, of course, only learning her limits and the art of “knowing when to stop”, but… it seems that I am too.

I have this… hurt… that I’m nursing in my inside, never allowing it to heal.

There was this The Notwist concert at Mocvara two weeks ago (on 11Apr2014). I bought the ticket as soon as they were released and I was waiting eagerly for this concert because I really love their music. Also, I was really terrified. So terrified, in fact, that I have in the morning of the concert tweeted:

I went to The Notwist gig at Teatar&TD 26Apr2008. It was one of the first gigs I went to after I decided to really stand behind my love of music and the wish to make music more than just background noise of life. It is the first gig that I “attended” at Last.fm network which will subsequently become the flywheel of my life. It was also the first gig I went to with my then boyfriend, when love was budding fresh and shiveringly passionate.

I still remember very vividly how was it to stand there, in that jam-packed hall, and French kiss while Consequence was ringing through the air, owning it.

It sucks to be acutely aware of the meaning of never.
It also sucks knowing that “never” may not actually mean never and that this is only important for just as long as I actually care.
Caring sucks but sucks waaaaay less than that person I become when I stop caring.
The hurt inside that I spoke of in the beginning of this part is a hurt of my fear of becoming the person that does not care, again, and staying that person, indefinitely.

So I got my shit together and I went to see The Notwist, even through hurt and fear.

I met a friend for drinks before and she did not ask me anything and I did not tell her anything and she kept me company and lulled me to safety with talk of everyday things and business of music. We walked together toward Mocvara part of the way and we hugged when we parted. Few moments later I was in Mocvara and Jel was just getting ready to go on stage. 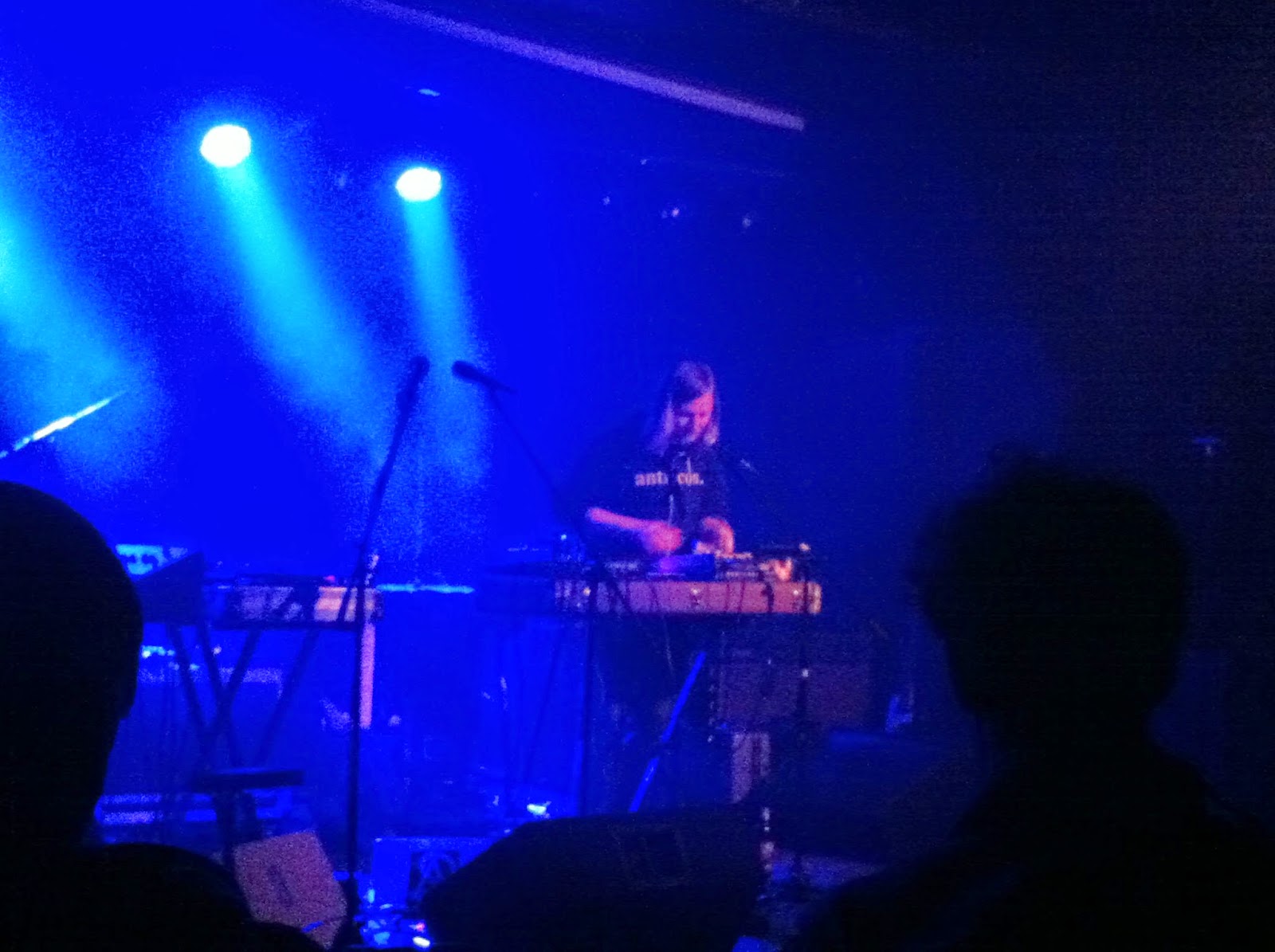 That was one funny act.

Jel played ok songs, not really my cup of rapping tea, but his comments in between songs were what I will remember him by. When another friend came by, a little later, I remember saying: “It is ok, until he speaks” through laughter when she gave me the inquiring look.

He spoke of Crank soundtrack, of Jason Statham, of being watched from above, of consumerism, of being among Germans for too long and that their “Romantisch” meaning “quick fuck” is so far far away from romantic he is used to as an American. Funniest part was him pointing out that “…knives are dangerous. Well, guns too, but knives are really dangerous. You can cut yourself with one.”

After a short pause and some mingling The Notwist stepped on stage.

What I love most in their live acts is that none of their songs sound like they sound on the albums. They add, they subtract, they play within playing. They piss on field dependence. They make fun of the pedestal we put them on. They fcukin’ enjoy playing.

All iconic songs that get singalong treatments from mindless, emotion-engulfed crowds, were broken. At one time or another they would add some radical change, new sound, critical difference that did not allow for the live act to become boring reproduction of material that was once recorded. It was all new, fresh, untarnished with time and repetition.

They were in good spirits from the beginning. I stood in the third row, stage in full view, at arm’s reach. Stage was simple but bulging with equipment. There was also a million lights. 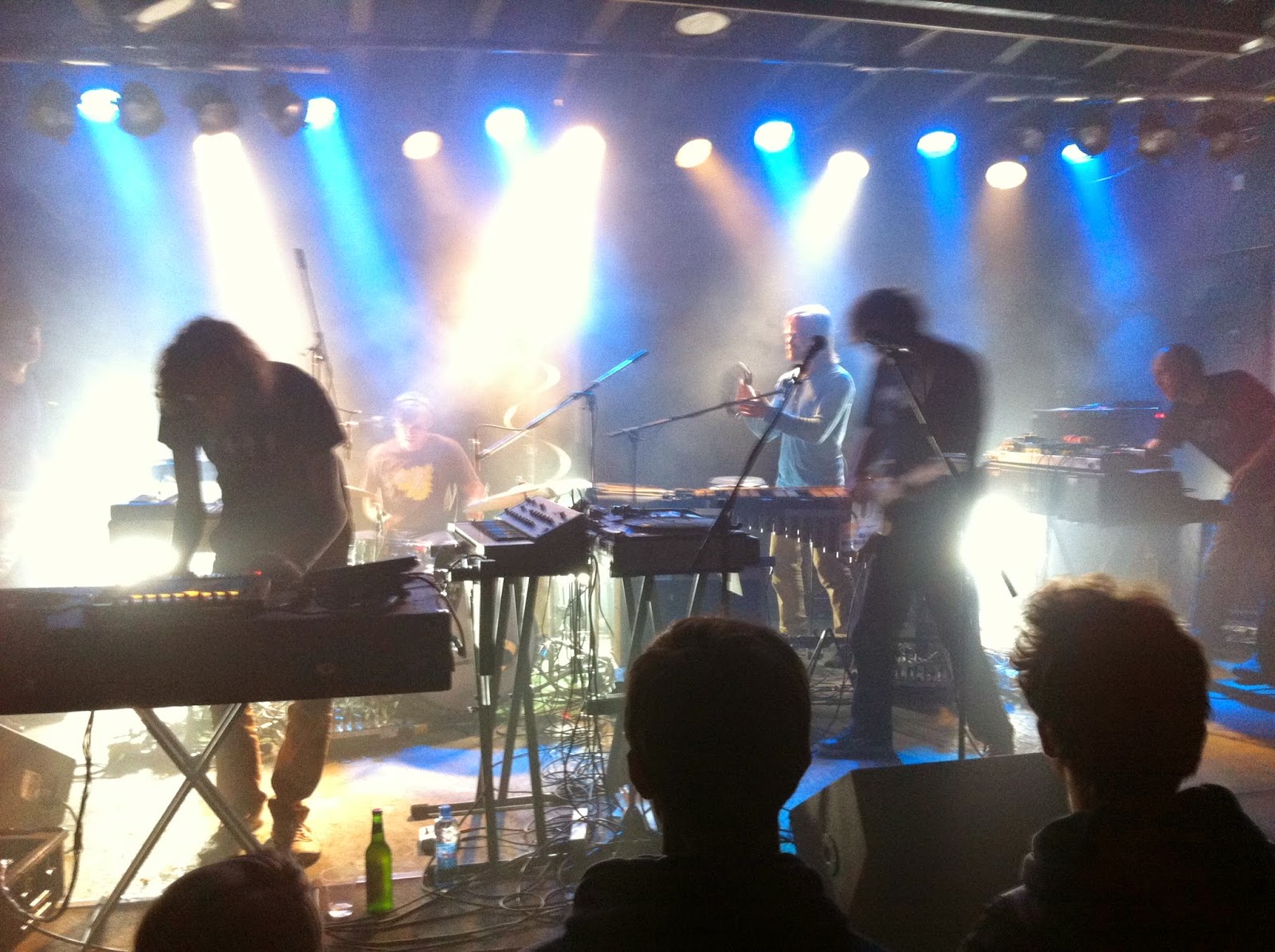 Močvara was full, but not uncomfortably hot or packed. Strangers around me were keeping their distance and were pleasantly involved with their own enjoyment.

Thinking about the gig, imagining how it would be I was afraid of one song or the other but when we came to One With The Freaks I was already in tears

… and things suddenly fell into perspective.

It makes no sense to growl and cry when I have all this wonderful experiences to enjoy and remember (spending time with a person that I thought the love of my life at that time) as opposed to crying over something that will never even happen (family).
To begin enjoying all the wonderful experiences I just have to

They played Pilot, Gloomy planets, Pick up the phone, they played new songs of which I still don’t know song names by heart, they played everything and anything and we danced and we, all of us, the band and the audience, enjoyed visibly. 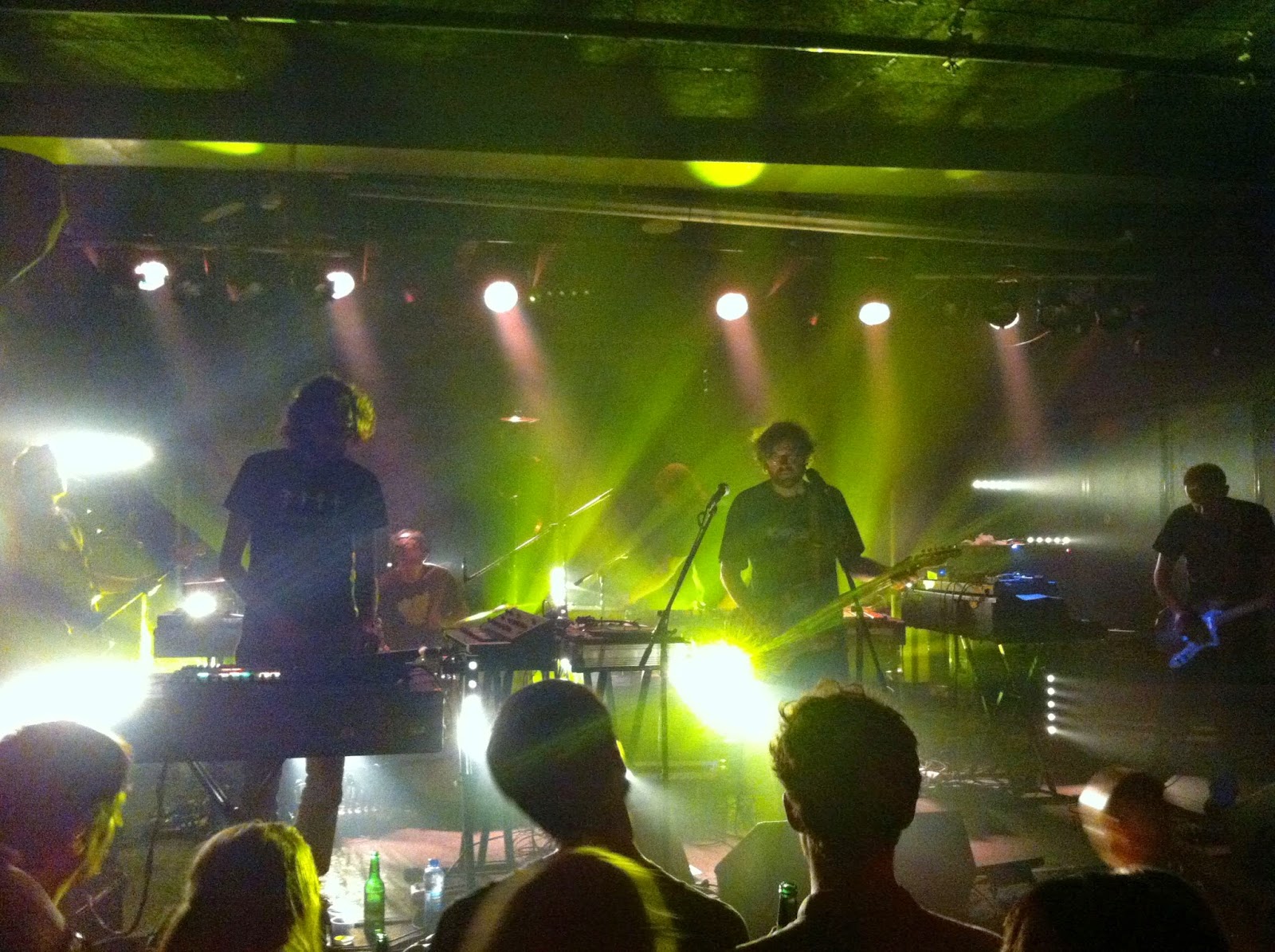 They finished and we called them back and they played some more.

I love how pleased musicians bow. Endeared and accomplished and thankful all in one. Like a person that has just fallen in love with someone.

And then they came out for second encore and they played Consequence. I was crying so hard I felt my lungs gasp for air and my nose was wet, sniffling. Consequence was like a foil sword (floret) that stabs precisely, without cutting. High functionality, no energy wasting.

The Notwist bowed again, their happiness palpable and real.

Mine too.
Posted by derzafanistori at 7:54 AM