There usually are some performers I know in the lineup but what I like most about TEF is the rest of them; the unknown but mastefully curated. I feel that every time I buy a ticket and commit to attending TEF I buy a ticket into broadening my mind. I learn A LOT and I feel there A LOT and I see A LOT of performers with passion and ethics that constitute healthy and exquisite craft. That's why I bought the ticket early this year (it was number 4) and why I was eagerly waiting for TEF to start.

As life is what it is I was not able to attend all of intended program but the parts I was able to see looked like this.

Day 2 took place in Student Center in Downtown Zagreb, in Teatar &TD and it was said that it will start in quarter past 8 p.m.

It was still sunny and beautiful and I used this opportunity of visiting "the city" to take care of more concert ticket purchases. I came to Student Center early and I had time to bask in the setting sun and intoxicating smell of linden trees. 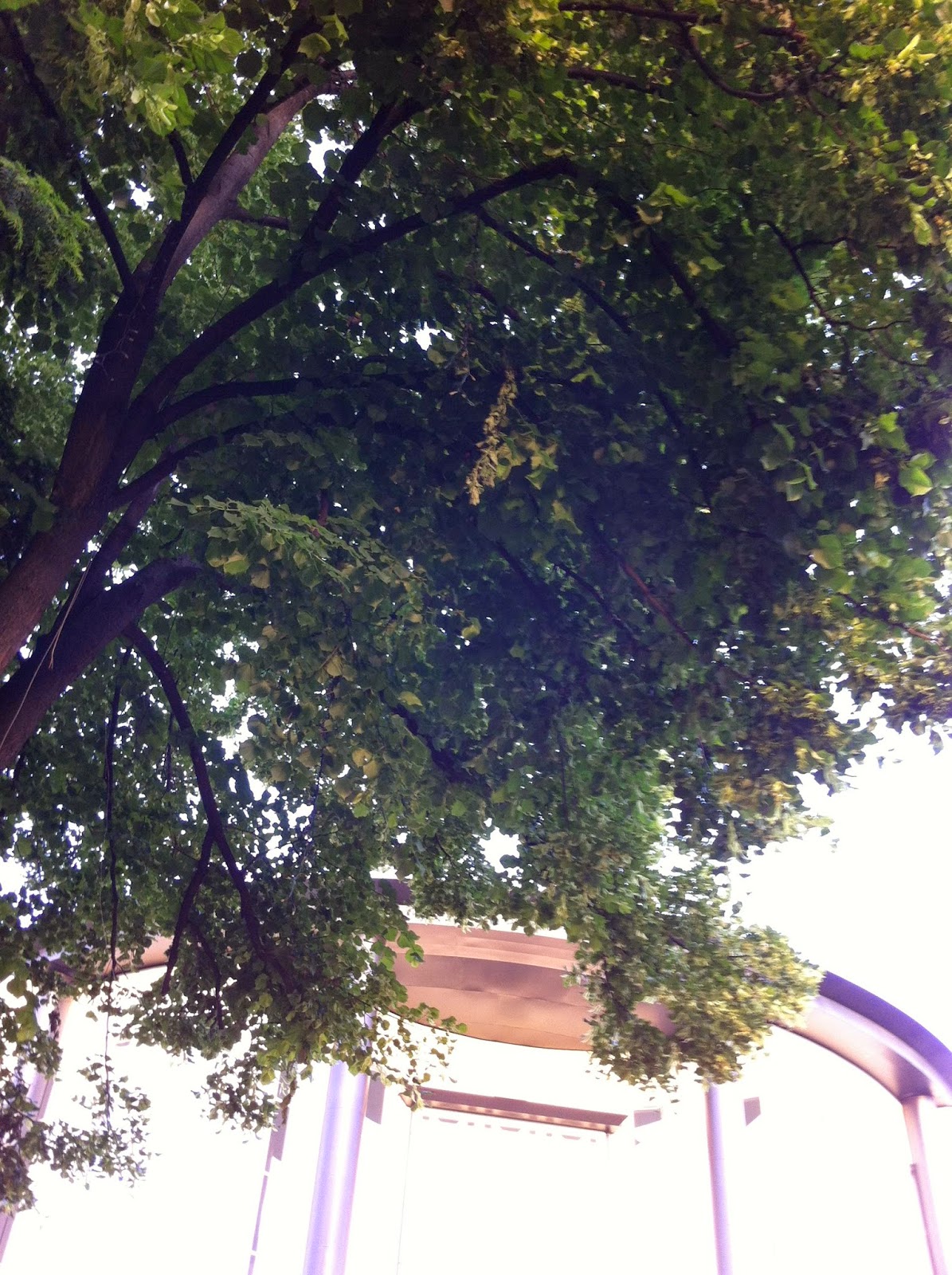 At 8 I went in and bought myself a beer. It was draft and properly cooled and in that moment tasted nothing short of liquid happiness. I mingled a bit and watched the audience gather and soon ambled after them to Semicircular hall. In the middle of the small hall there were two tables with equipment and around them were some bean bags and chairs and some empty space to sit on. Everything was really close and comfy and people sat here and there and it felt very homey. Lawrence English, really handsome guy that seems to have excellent people skills, gave us couple of instructions and a small interlude to what is he going to play for us; Almost Nothing by Luc Ferrari. Audio started and transported us to Vela Luka. 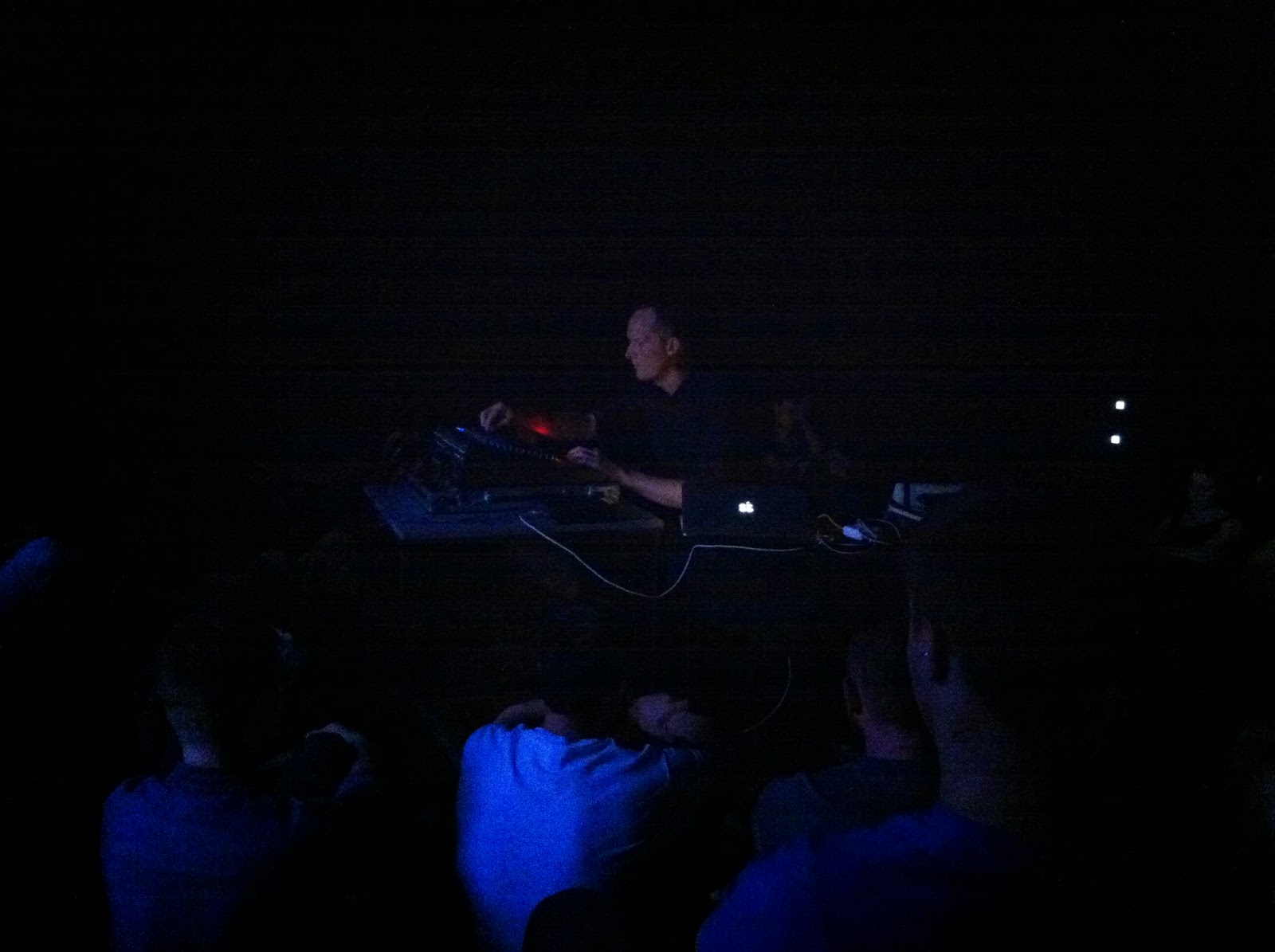 This audio piece is not music but mixture of sounds that I believe all of us know since this is a part of audio picture of every small town (and suburb) in Dalmatia. It is so "true to the source" one can literally discern what every particicular sound is and this composition flows like a movie in one's mind eye.

Beautiful and quite therapeutic, I might add, because for the duration of its performance I felt completely out of Zagreb and May and forgot that it was a worknight and that tomorrow there is still Friday to tackle.

When it finished we emerged from the darkened hall into the path outside where evening was just stretching her paws and we meandered back toward the main hall.

Hauschka begun around 10-ish, a little later then expected, because of a mishap with his luggage. He apologized and was very polite and endearing and then started to play. He was my main reason to come to TEF as I fell in love with his music first time I heard it. I listen to it often when I'm home but I was wary of how this would be as a visual experience. My fears proved immaterial as soon as we went in into the Hall, prepared for a sitting concert, with piano center stage and large screen showing the artist and the inside of his instrument. 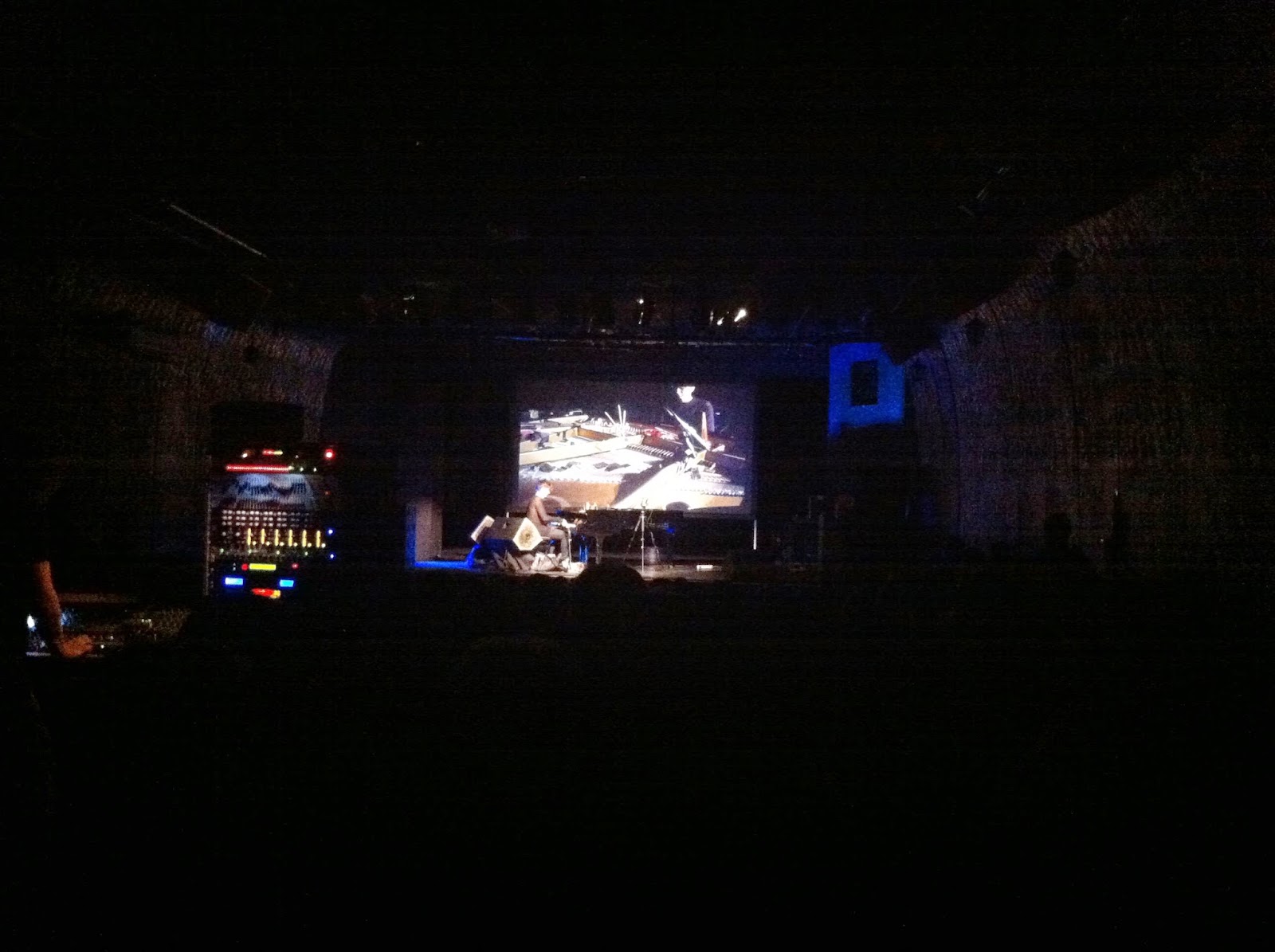 In every song there were knickknacks used and put into or onto the piano, making noises, tones and sounds complementing and completing the music. Sound was terrific, artist in good spirits, audience interested and receptive.

It was excellent and I enjoyed it immensely. Hauschka talked and gave us some insights into his creative process and his personality. I nodded and smiled and was a few times caught in a whirlwind of imagination. He was captivating both talking and playing and I loved how he came across both in mastery and humility.

In the end, as an encore he played a song after dropping a bunch of small balls into the piano and this was the most thrilling thing I ever saw during a live performance. Artists are usually quite concerned with how things will go and want to avoid unpredictability at all cost but this song - it was just the opposite! It was both celebration of skill and of randomness. 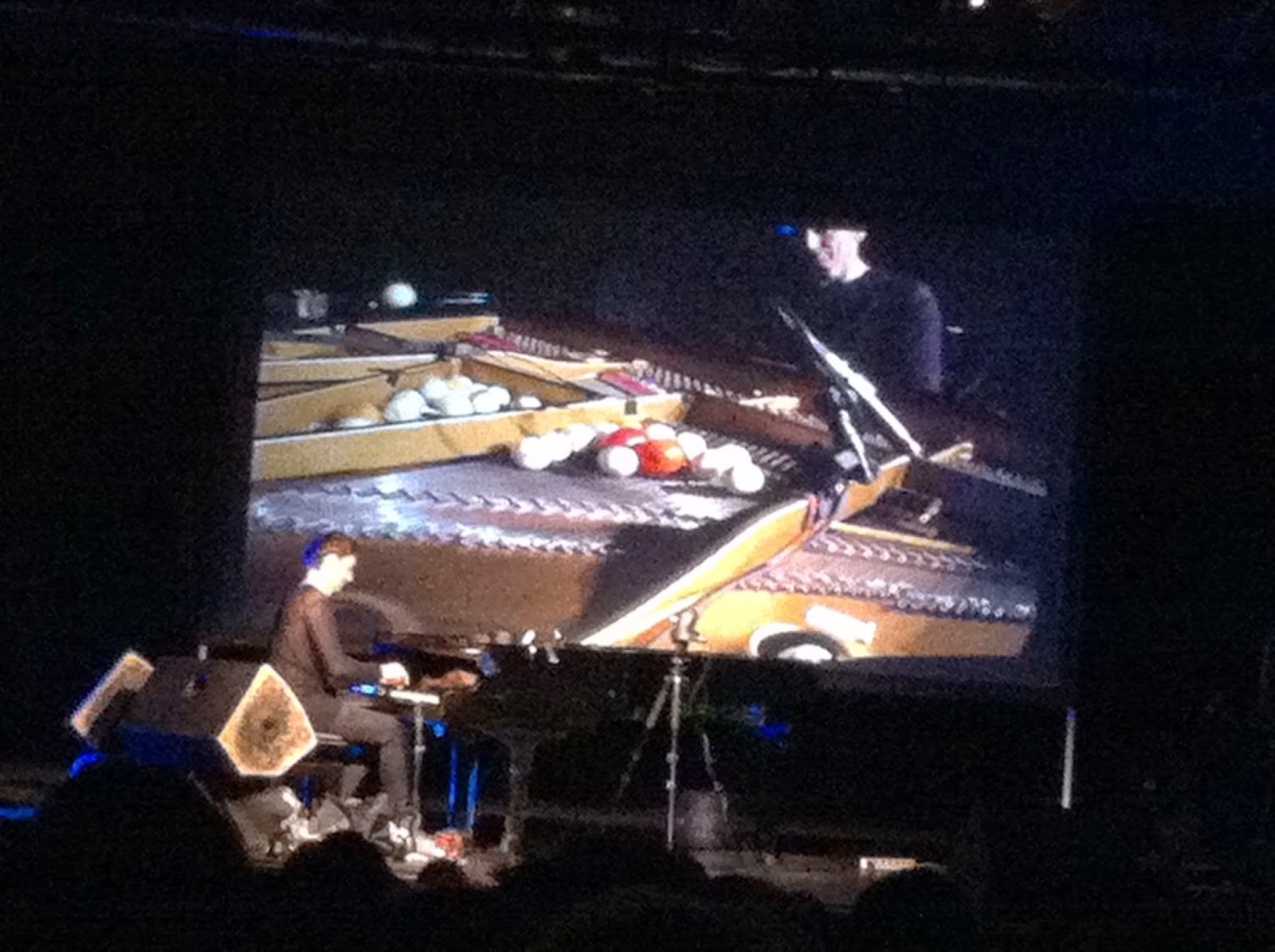 Just like life is.
Posted by derzafanistori at 10:03 AM