With first news of Mark Lanegan playing in Zagreb I binded myself to seeing that show. Now, after being there to testify to that experience I am rather irresolute writting about it.

It was a mixture of pleasure and pain, scintillating bitter sweetness of rapture and regret, missfortunate chain of events attesting to nothing more than to current sociocultural era of vapidness, vanity and poverty that leads to having strange bedfellows.

Maybe I am snobbish in my approach to concerts but me being a snob does not change the facts and the fact is PAUK should never ever be used as a house of music. It is too disjointed, has too much reverberation points and distorts even the simplest and clearest sounds. It does no favors to artists and it tramples the experience for a listener. This concert was not announced to be at PAUK but, awkward enough, concert was sold out and moved from NKC Park (400 tickets) to bigger venue, horrible PAUK club (1300 tickets).

I am very sad this happened because of two things: because I am absolutely sure Žedno Uho would appreciate better venues for their concerts as Mate is nothing short than true connosseur of music and also artists' promoter, caring deeply for artists and treating them as dear friends, but I'm also aware that there are non-insignifficant financial and other reasons behind concert ending up where it ended. Second thing that bugs me is the situation behind this concert being sold out.

I would love nothing more than concerts being sold out to fans, friends, simpatizers and people open to new experiences but being there I would not dare to say that 30% of people in PAUK ever heard Mark Lanegan's music, no matter which his career era we're talking about. Rather expensive tickets these days in Zagreb go mostly to people of all ages who know (or care) nothing about music but like to be seen attending events, people who cannot find their place in slim to nonexisting 30+ club scene, misfits who use concert-night as an excuse not to be somewhere where they think they ought to be.

On the other hand, there were upsides to this story also.


Creature With the Atom Brain were very interesting  and hearing them there I immediately wished to know more about them and listen to more of their songs. 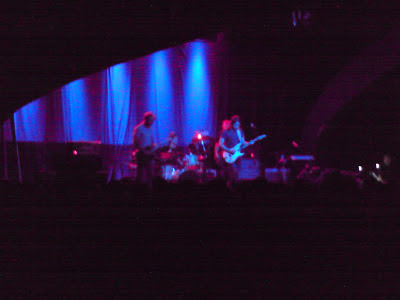 He was so cool he stood in his own coolness bubble and he owned the space spreading five meters in every direction. He hardly moved and scarcely emoted and he was utterly magnifficent. When he started singing I had such visceral feeling of content and excitement that small hairs on the back of my neck rose with tingles... 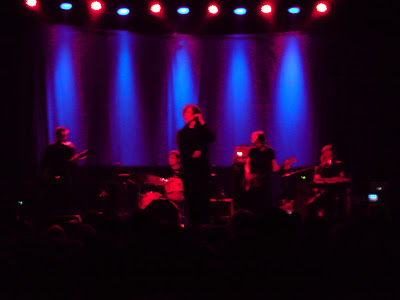 ... and as my ears hurt and my soul bled I scoured PAUK in search of a better listening spot and I found one, just behind the sound station. 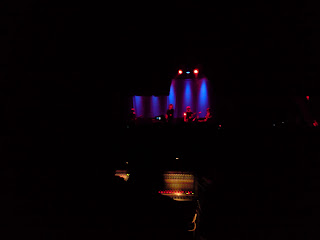 This is the only spot without awkward echo because it has extremely low ceiling and I stayed there for the duration of the show. They played my current favorite, "Grey goes black", while I was already "in the den" and I was grateful and pleased I did not stay at front.

After the encore, guy from CWAB came on stage and said: "Just one more announcement, dear friends: after the show Mark will be at merch stand talking to fans and signing whatever you want signed." and this was so warm and welcoming I loved the sound and the idea of it.

In the end I thawed a bit to this experience and went home pleased.

I'd like to see him sing again.
Posted by derzafanistori at 2:45 PM