Lose Yourself To Dance


Waaay back in May Random Access Memories by Daft Punk was released and I fell in love with it first time I heard it.

Everything I ever want from a stimuli; to engage me.

When RAM was just a seven day baby Dean Kotiga wrote a great review on Kultivator covering all the things music geek would ever want to know about this album. I still read a paragraph or two of this awesome article now and then to remind myself of something or just to enjoy concise beauty of it and ginormous discrepancy between simplicity of expression and thousands of hours spent in making all this knowledge accessible and well presented. 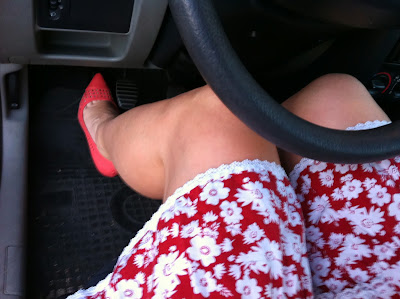 Dance is not something I felt proficient in and it never brought me any joy before taking this course. As I was quite depressed and fully in joy-free mode at that time I reckoned I’ll give this a go as an aerobic activity since exercise is scientifically proven depression treatment. I am aware of dancing being prelude to procreation and its value for social interaction including limbic resonance but I just chose to consider this functions as far second to actual movement in rhythm with the music. I never gave much thought to considering dancing a dyadic social activity and have always thought about it in terms of knowledge and steps - proficiency in narrow meaning of the term. But as it happens this was a gross mistake on my part. This dancing lessons were such a great choice and Martina and Mislav from Jungle dance school are such great teachers because they teach most important thing of all - dancing is NOT just knowledge and steps.

As it could have been expected I had no trouble whatsoever in remembering the steps. Interacting and dyad-ness were completely different story.

Very idea of having to touch another person of male persuasion and to coordinate - let me rephrase that - “to let him coordinate” OUR movements through space in time with the music was so overwhelming for me I spent all my mental fortitude on smiling (as scientifically proven mood and image management) and I must have told a million and ten jokes in that 12 hours of lessons (as I diffuse tension with humor, apparently).

Somewhere in second half of lessons there was a bit of skirmish.

We had to change partners for every dance and I liked some partners less than others. As it happens to me more often than not, extroverted talkative ones I find most… unlikeable.

So we danced. It was cha-cha-cha (my second favorite), 360°turn and Manhattan roll-out figure. While doing that figure you momentarily let go of your partner so lady can do a 360° turn and then both do a sequence of steps and half steps in one direction and then other while taking care to stay close enough and hold and let go hands in sequence so that whole thing is nicely coordinated and social. So we did the cha cha part and then I rotated and he did not (over)reach for my hand and I did not extend it. We just continued with the steps as if we were dancing separately.

After the whole figure (steps only) he said, in a tutoring voice of someone who thinks he has shown me wrongness of my ways:

“You see how this looks if you don’t give me your hand?”

And I said, flat out, surprising myself almost as much as I surprised him:

“Yeah, I do. It looks just like any other dance before now in my entire life.”


“I mean just that. Looks like I’m dancing alone. Just like I danced alone every time I danced up until now.”

That blank stare of utmost lack of understanding that only the chasm between introvert and extravert can cause. He got angry, turned red and clammed up. I was so shaken up I lied that I feel overheated and I went to the toilet and cried. I cried because I want to learn how to dance and because “to dance” means “to voluntarily let go of my solitude for the duration of the song”. The expression for this predicament in Croatian goes: “Nemreš bit’ jeben i pošten” and in English I “can’t have my cake and eat it too”.

So I dried my tears and went back to class.
Posted by derzafanistori at 8:14 AM