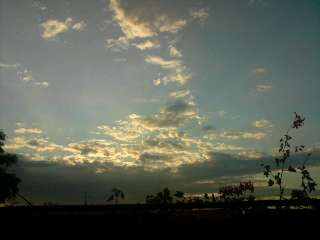 I've been having trouble sleeping lately. I have somehow managed to hurt my back badly and the pain is so severe I wake up on the verge of tears. By now, being all grown up and having medical education, I know it will eventually heal, being minded with medication and rest, but pain always makes me more pensive. I watched Death Note finale last night and cannot but feel dissapointed in a way. Not in the show itself, but dissapointed in the way Light dissolved into nothingness after L's death. I loved how the writters made his nihilism/despair tangible. How it shows that no God can ascend above what's human. His eventual downfall evolved not from his godly resolve and his brillant intelect but from innate and ultimate sadness of human condition - loneliness.
Posted by DerzaFanistori at 9:11 AM