People who know me - who really know ME - know how hard it is for me to be constantly aware of multitude of formalities shrouding the breathtaking beauty of substance. This is a common peeve wherever I go and whatever I do and I can think but a handful of experiences that have proved themselves different.

Now I have one more that proved to be… wonderful.

I have waited for Riverside to come to Zagreb for a long, long time. I was in such disbelief that when I saw first announcements of their arrival to Zagreb I have coldly dismissed them as fraud. Nevertheless I’ve kept my eyes open for any new information and one day there was some more on last.fm and muzika.hr and on Močvara FacebookPage. Multi-source information sounded much more legit so I went to town and treated myself to a ticket (and offspringess to Vincek  walnut  ice-cream).

And I waited. I ruminated on their lyrics. I listened to their music. I scoured Youtube for their videos.

I wrote a story of the past to show a bit of myself to theworld. I’ve let my happiness I’ll see them show and have made my commitment public. 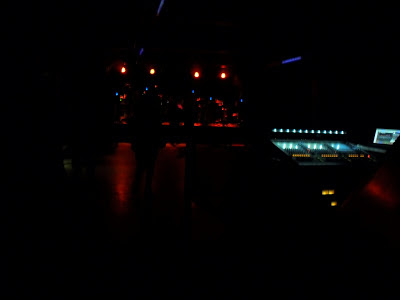 As I entered Močvara few minutes after nine there were many people already there  and that made me super pleased because I feel that such great music deserves multitude of fans wherever it finds itself. Inside there was stage already set and audio mixing console stationed in the back (I understand this is new addition to Močvara setup, and I’m welcoming this investment). I met a friend and we mingled a bit and soon Močvara was nicely filled with people and  we resumed our positions in the front.

At about 21:45 roadie came onstage and plugged something in. Intro commenced. 5 minutes later the band came out and took their instruments. That beauty of complete simplicity and utter unpretentiousness cannot adequately be put into words. They just got their instruments and played. They opened with New Generation Slave, the title song from January 2013 album. Mariusz Duda, their frontman, lyricist and bass, cringed for a shortest second  as spotlight awkwardly hit his face for the first time in the evening and just started to sing and it was so wonderfully clear and noiseless and penetrating it felt like no real thing ever feels, it felt like complete fulfillment of a fantasy. But it just went on and on. 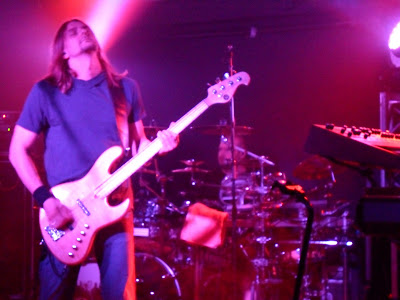 They played almost whole new album and some old songs, Mariusz talked between songs – introduced the band, said a few words about the tour, spoken of this year being their 10th anniversary since the band exists, told us “we’re not playing metal anymore, we’re just playing songs” and he played along with some funny stereotypical expectations a bit. It felt unforced and natural and relaxed. It felt intimate and human. It felt heartfelt. 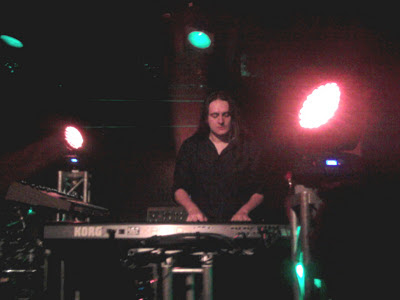 They are all so young and I love how they have grown up – from boys into men in their music and their business sense. I love how Mariusz writes concise, down to the point lyrics that depict a world far from perfect yet livable, even lovable.  When they played We Got Used To Us it sounded so crystalline I was moved to tears while time stood still in that perfect cherry-tree-petals-flying -in-the-warm-breeze moment. Lights were fantastic for a stage so small and there were both blues and reds common folk like and whites and yellows that are good for taking pictures. 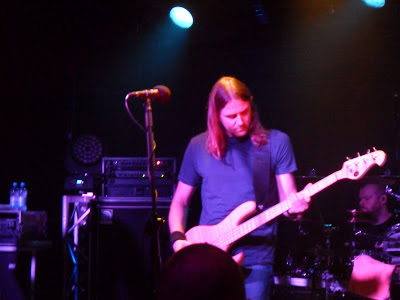 They played for nearly two hours and they got out for an encore twice and they closed with their current single Celebrity Touch and it was wonderful. They took a bow for us twice and they promised not to wait ten years to come to Croatia again (“Maybe in a year or two we can come back”). 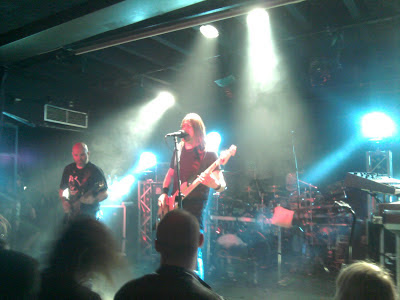 Next morning, under my usual hot’n’cold morning shower, for the first time in years and maybe even forever I felt at peace.
Posted by derzafanistori at 3:04 PM