Dreams do come true. Even hopeless ones.


In the light of tomorrow’s Riverside concert in Močvara I’d like to share a story with you. 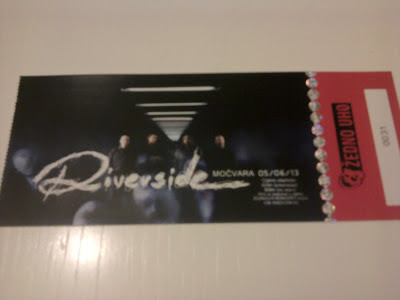 I love Riverside. I love their music and I love their poetics and I love unique gentleness in their vision of the world – vision encompassing both darkest despair of a person perceiving world exactly as it is and warm light of hope that shines right out of their soul illuminating the world around them, not seeking for outside validation.

I first heard of Riverside in 2008. when I was mourning a good friend who had to go because he did not want to be only a friend. I heard him and I did understand him and we have reached our impasse after which there were no roads to walk them together. But my heart was nevertheless broken and I wrote a poem as a monument to this experience and I published it here, on my at that time secret blog under the title “Will your grace command me any service to the world's end?” which is, of course, Shakespeare quote from Much Ado About Nothing.

This is the poem I wrote:

Second Life Syndrome
Nothing helps.
Every one lost leaving a dent
That no replacement could ever fill;
No ersatz touch, or feel, or scent,
No self-delusion or strength of will.


Nothing helps.
Every one lost leaving a brand,
Leaving a skid mark on one's soul
Where something sacred used to stand
'till one is forced to let it go.

…and to camouflage it even more I attached Riverside song along with this post. It was my favorite song at the time – song named Second Life Syndrome from Riverside second album bearing the same name. Song itself is a two-part wonder with botched love for first and cure for the broken heart for second part (how unseemly appropriate!).

Nobody got all this. I hid it well and I never ever spoke of it until now.

My lost friend would be proud of today-me. I climbed all the mountaintops he wanted me to conquer, I was never careless with other people’s emotions (or mine), it was through loss of him that I became a better person and yet,… hardly any life event goes by without me thinking how nice it would be if I could share it with him, … but, just like the poem said: "nothing helps" – nothing did help.

Now, five years later, I am that person leaving, not wanting to be only a friend, and for my reward I get Riverside live in Zagreb. When I heard Riverside were coming, with brilliant stories caught in the web of their exquisite music I’ve put the albums into player and have been listening them over and over and over again. This concert is to me a fulfillment of a hopeless dream to be able to hold on to a promise in a world filled with expendables (Check out EscalatorShrine on 2013 Riverside album).

I never thought I would have the opportunity to watch and listen to Riverside in Zagreb so all bets are absolutely off.

I can hardly wait tomorrow night.

I’ve been mulling this over and over in my head for days and it was Joss Whedon’s tweet about his Much Ado About Nothing production that completed the picture – pushing me toward finally putting this story into writing. 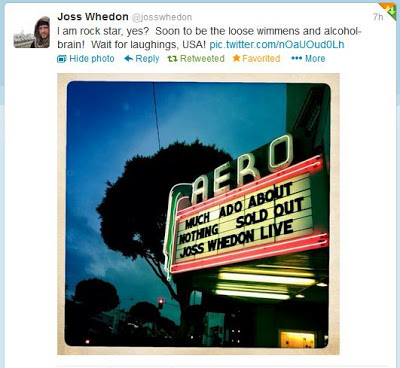 Posted by derzafanistori at 1:25 PM

Email ThisBlogThis!Share to TwitterShare to FacebookShare to Pinterest
Labels: dreams, expectations, experience, friendship, love, Mocvara, Much Ado About Nothing, Riverside