Nothing ever changes, nothing stays the same.

I woke up yesterday, on the morning of the concert I've been waiting for over two years and ticket to which I've been proudly owning from the day they were released, with fever and sore throat, pounding headache and stressful news in my inbox.

So I made some caramel milk and some good food and kept myself busy and warm. Night came. I expected terrible crowd so I parked even before the overpass and walked to Mocvara watching fog rise up from the river. Went in. Met friends old and new and smiled and conversed. 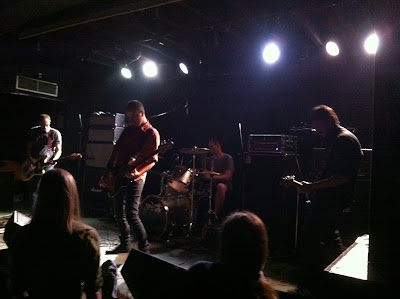 ... and the sound was so impeccable and beautiful - loud and clear and particular and warm - I was standing there in the front moved and in rapture. I have listened to them half a dozen times already and I know they are excellent but there is always something new or something more and their music always feels so fresh and so familiar at the same time.

There is often a gimmick at the end of their performance when they use effects, pound on guitars and extract the sounds from their instruments while leaving the stage and even though it wasn't my first time to see this I find it completely great and a perfect ending to the show.

... and I love how there are always people to show genuine surprise with this: 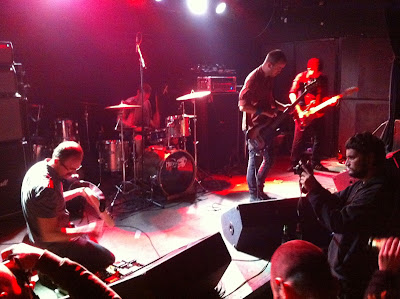 After a short break and some stage rearranging it was time for Russian Circles to go up. In the meantime the audience changed and Mocvara was now jam-packed with people. Many of that people were clearly not there because of Russian Circles music but to socialize and that would later prove to be exceptionally annoying because they couldn't keep their mouth shut during quieter passages so they successfully mangled the experience of a flow of the performance into isolated islands of noise in a yapping stream of stupidity.

But I'm getting ahead of myself. First Russian Circles got out and they played. 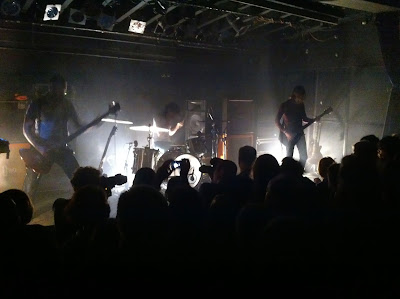 ... and in my opinion there were two things miscalculated from their side. First was the fog. Fog makes for lousy visibility so it is lousy for taking pictures, but it also distracts audience from performers into their own world of having fun. Slightly tipsy and half drunk people find easier to forget they are on a live show when they are not able to see it so they talk and, what's even worse, they take out their cigs and smoke - what fucks it up for that other half who would like to participate in a live gig.

Second thing is the sound itself. It took me shortest possible amount of time to see that this is not going to be crystalline sound of a gig dedicated to skill. This was more of a grinding gig, showing their metallic side, power over skill, and that brought too much bass into the equation.

All things considered; the audience, the fog and the bass - not much of their exquisite music shone through.

I love them to bits so I've already forgiven them, then and there, while sounds of Mladek were filling up the room as a billowing fire of magnificence. 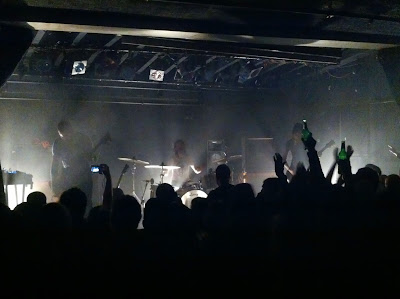 On a nights like this, when I surge from the venue with last notes played still ringing in my ears I so wish it was always a summer night, vibrant and close to the skin, and that it would last forever.

I could then just keep on walking, with the wonder of that sound in my ears, overjoyed and empty, like a crystal glass holding on to its tone.
Posted by derzafanistori at 11:26 AM