Back there in June I went to see Zur-arranged gig at Attack! and during that gig  prettier half of Zur introduced me to Sleepyheads frontman. Other than my utmost confusion with stuff she was talking about I also remember she said not to miss their upcoming album promotion and that it is going to be absolutely awesome. So I remembered that when Sleepyheads album link appeared in my Facebook stream and I went to bandcamp and bought myself the album and also jumped over to Entrio and bought ticket for the gig. I love this internet age and wonderful ease of getting my shit without having to do with live humans in the process.

Having my folks babysit my 11 yo kid just gets more and more taxing over the years. One would think that people who I eat lunch with every mf Sunday would manage to remember I do not own a TV set and that they have to find another activity to pass the time for those 3 or so hours every few months that they spend here.

But, I digress; I was out in time to pick up my friend over at Cvjetno naselje and we drove downtown and had a nice walk before appearing at Tvornica. Some nice socializing (including meeting some cool new people) and a cold beer quickly thawed my frozen heart and before soon I was quite enjoying the evening. Zvonka was going back and forth greeting friends and acquaintances and after one such ellipse she returned with twinkle in her eye and a big grin and she said: "That is Mark. He is.."

"I know. The producer." I interrupted. 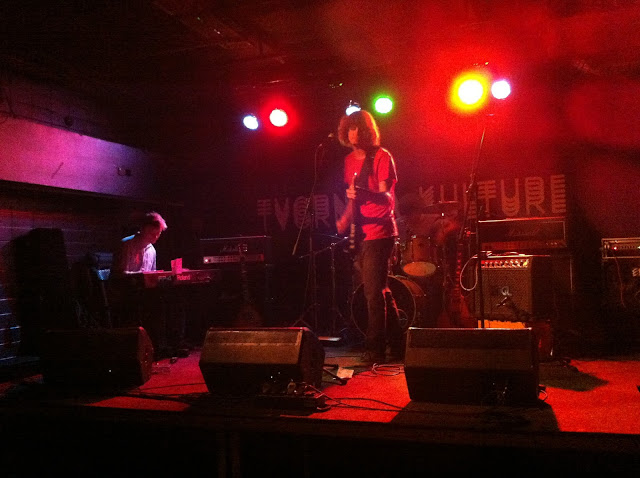 Few minutes later we were in front row and they started to play and loove him I did. Mark Mrakovcic (guitar, vocals) and supporting band (keyboards and drums) play with such wonderful ease and relaxation which only complete mastery can bring. Sound was set very loud but also lovely clear and with warm, pleasant timber.Their music is very old school (was reminded of Ozric Tentacles at Mocvara I watched few years ago) but pervasive feel is that of energy and mastery. It was all so unpretentious and had such a good, neighborly flow, I was just smitten with that impression. I liked how the guy on the keyboards had that familiar vibe of brother introvert by appearing completely out of place when walking around before and after the set and completely transforming into a blues sensei during the set.

I managed even to get my hands of setlist after they finished. I seldom care about any kind of mementos from the shows (and have exactly one other) I go to but it felt so appropriate to collect this one. 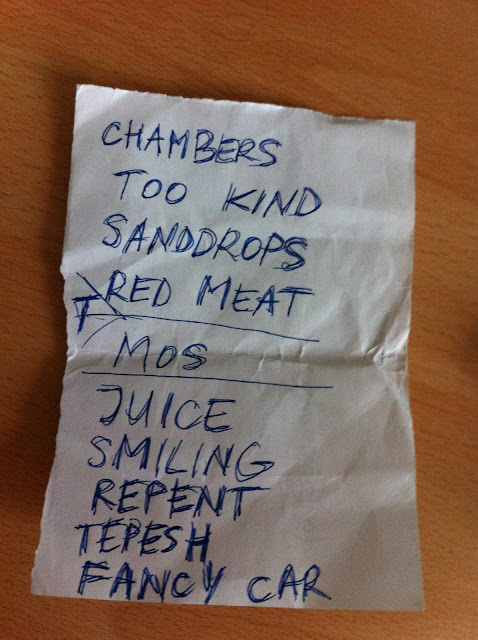 Few minutes later equipment was collected, removed, rearranged and Sleepyheads were on stage. All the usual indie and hipster suspects were in attendance and the gig that was recently being described on social networks as:"only for true music connoisseurs"  could start. I have already done my homework listening to the album and I saw that there were many prepared like that in the audience. Frontman had changed hairstyle since I last saw him (and this one suit him much better) and was visibly nervous but once they started to play it was smooth sailing all the way. Songs were much more alive then on the recording and they were well rehearsed and eager to please. 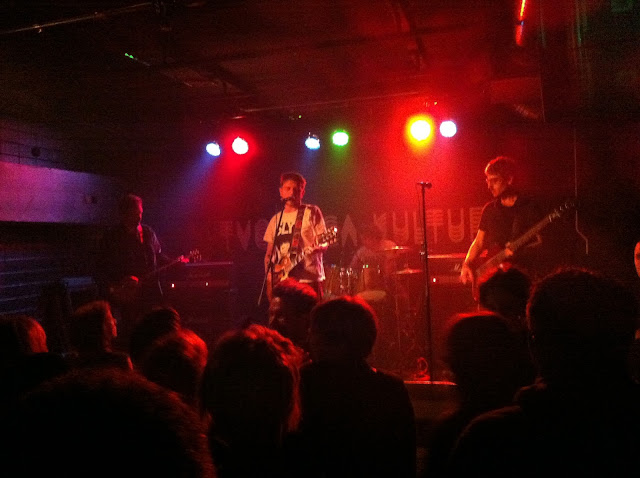 After four or so songs I had enough of front row, loudness and smoke so I moved to the back, closer to mix station and found myself a spot. 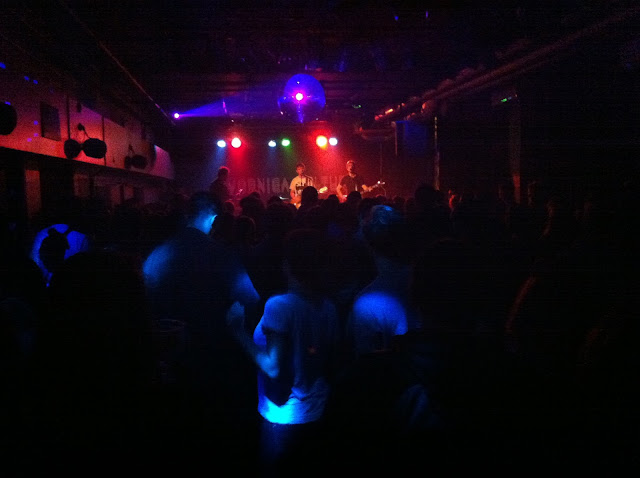 That was an impressive crowd. I liked this view better and the sound was awesome in the back. Some tipsy girls were constantly bumping into me but I was amused and benevolent. I was thinking how Vedran's pronunciation was really nice and how I would love to hear them play again somewhere less smoke-filled when they will be less intimidated by big audience.

You should keep an eye out for their next gig and come to hear them too.
Posted by derzafanistori at 4:15 PM